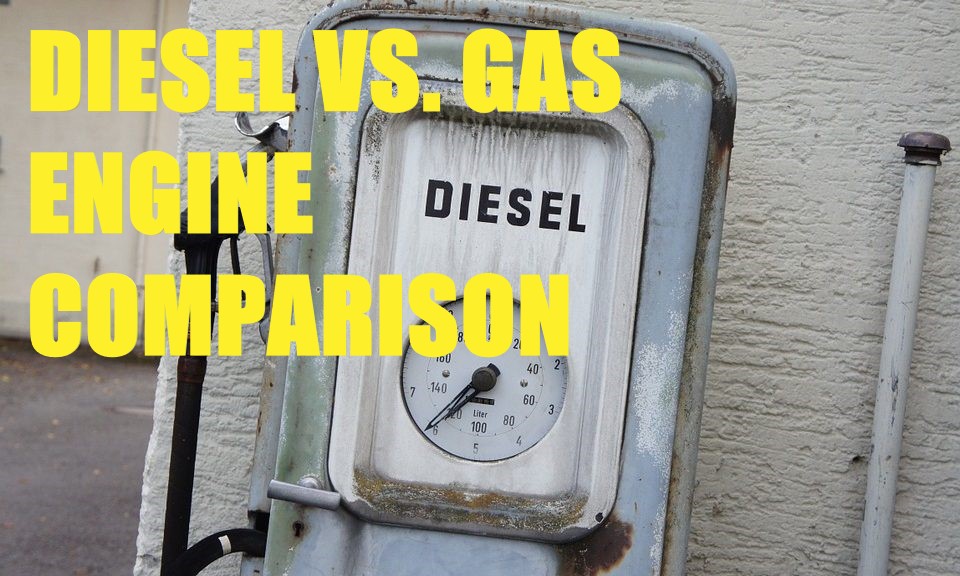 This time, we’re going to take a look at the pros and cons of diesel vs. gas engines, basic maintenance, and some myths.

One significant advantage of a diesel engine is torque. It’s not for nothing that most heavy vehicles and machinery are either electric, diesel, or a mix of the two, such as trains (a diesel engine runs a generator that supplies electric motors). Another important difference is fuel economy. Yes, diesel fuel is sometimes more expensive than regular gas. And yes, the fuel consumption of a pickup that is not loaded is barely better than a gas one. However, that’s a different story when it is put to work.

The diesel engine is designed to work. It’s much tougher than a comparable gas engine, but there is a drawback. For a long and healthy life, a diesel must warm up and carry loads. There is no better example than heavy trucks. They can drive several hundred thousand kilometres before needing an engine rebuild (the previous owner of my Peterbilt blew up the engine at 1.7 million kilometres). For those currently driving a diesel with a pyrometer (exhaust temperature gauge), it is as low as possible for fuel economy, while the ideal for the engine is approximately 800 F.

People who buy a diesel to look cool and go around the corner will likely have problems with their vehicle in the medium term. The cylinders will glaze (become chrome, and compression will leak). Those with EGR, DPF, or urea systems will get a lighted Christmas tree on the dashboard…

Why were the old diesels hard to start while new ones almost start like gas engines? First, the compression ratio. The old GM’s 6.2L/6.5L, Ford’s 6.9L, the first Ford’s 7.3L, and the VW TDs are all indirect injection (IDI) engines, which means that the injector sends fuel to a prechamber and not directly to the piston. As a result, these old engines had very high compression ratios, between 20 and 22:1, and the injection pressure was on average between 4 and 8000 psi.

Newer common rail diesel engines have compression ratios between 14 and 17:1, making it much easier on the starter, and injection pressure between 28 and 35 000 psi injected directly to the piston. And for those lucky engines, synthetic oil helps a lot with cold starts, which was not popular in the 1980s.

On the maintenance side, some say a diesel engine requires more maintenance than a gas one… Apart from the fuel filter once a year (ideally in the fall to have a clean filter without water before winter), the rest is the same. Keep the air filter clean and change the oil. True, it costs more. It’s not more maintenance, but it’s more expensive because it takes on average 10 to 15 liters of oil for a pickup, and some models have more expensive filters. Besides that, there is nothing more to do.

Some myths… A diesel engine doesn’t start in winter; it just makes black smoke, and it’s not efficient. If we go back to the 1980s and early 1990s, it was pretty much like that. But as I’ve said, engines have been improved a lot since. A modern diesel engine in good order can easily start at -20 without a problem. Stock diesels with an emission control system (so no smoke) are offered with almost 400 horsepower and some exceed 900 pound-feet of torque.

In the next article: programmers, gains, breakages, manufacturer’s guarantees, the legal side…