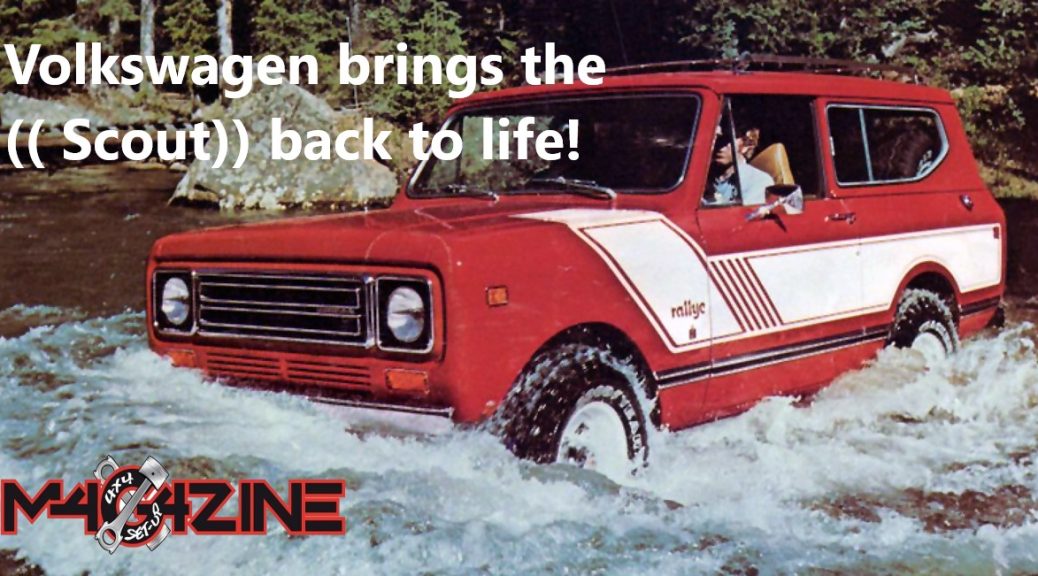 The great German car manufacturer Volkswagen has announced the revival of an old off-road classic, and it will be… electric.

The automaker will focus on a modern SUV the size of the Volkswagen Atlas and a pickup truck the size of the Honda Ridgeline, both equipped with the same electric platform optimized for off-road, and they will be manufactured in the USA in a factory to be determined.

For those who don’t know what the famous Scout initially was, here is a little history. The International Harvester Scout is an off-road vehicle produced by International Harvester between 1961 and 1980. A precursor of more sophisticated SUVs to come, it was created to make competition with the Jeep, and it initially had a fold-down windshield. The Scout and second-generation Scout II were made in Fort Wayne, Indiana, as two-door trucks with a removable hardtop and options of a full-length roof, half-cab, and/or soft top.

Volkswagen had access to Navistar’s back catalog when its commercial truck division, Traton Group, merged with Navistar last year. And that’s all it took for the giant to decide to revive an old legend, with a 2022 flavor.

The COO of Volkswagen of America said the newcomer will measure up to the Rivian, with pricing around US$40,000 compared to US$70,000 for its rival.

People at Volkswagen are not planning to do things by halves, with a very ambitious production set to no less than 250,000 Scouts per year, and a total investment budget of around a billion dollars.

Volkswagen is the world’s second-largest car manufacturer in terms of sales, behind Toyota, but is not a major player in the US with a market share of only 5%. However, Volkswagen obtained an 8% share of the US thriving EV market with its popular ID.4.

Statements are promising, but it will be a challenge as this type of vehicle will be fighting against the Jeep and Rivian brands, for instance, which won’t be easy to dislodge.

More details are to come by the launch planned for 2026. Meanwhile, no matter if you like the project or not, having more options is always an advantage for customers. More choices mean more competition and therefore an obligation on manufacturers to offer a quality product.

And you, do you like it when manufacturers try to revive nice legends with a bit of a more modern touch, or should they let them rest in peace?